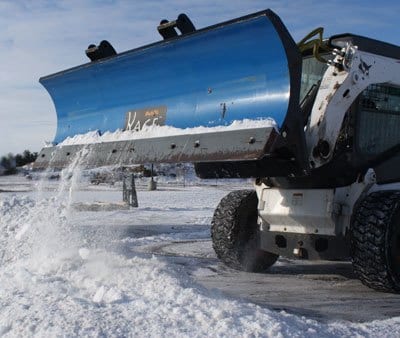 What? You’re telling me that you need to maintain the trip springs of our KAGE skid steer plow??! Well, not the spring itself. Coil springs require zero maintenance. The telescoping tubes that are inside the spring(s) do need a bit of lubrication once in a while. They are what guide the spring and keep it from side – deflection. We recommend that you lubricate between these tubes at least once a season to prevent any corrosion and possible seizure of the trip edge on your skid steer snow plow trip edge.

The Benefits of Becoming a KAGE Snow Plow Dealer

Hello Everyone, I’m Kanon Kulpa, marketing manager for KAGE Innovation. Today, I want to talk directly to those who are interested in becoming a KAGE Snow Plow Dealer. In this age of advanced snow removal products, dealers still want a manufacturing partner that delivers a rock-solid product and premium dealer support that encourages their customers to come back to their store.

PART ONE Here
PART TWO Here
Who knew that you could plow snow with a skid steer vs. a truck? Adam is the owner and operator of a small landscape and snow removal company. His company is fictional, but the surprises, hassles and achievements are often real stories.